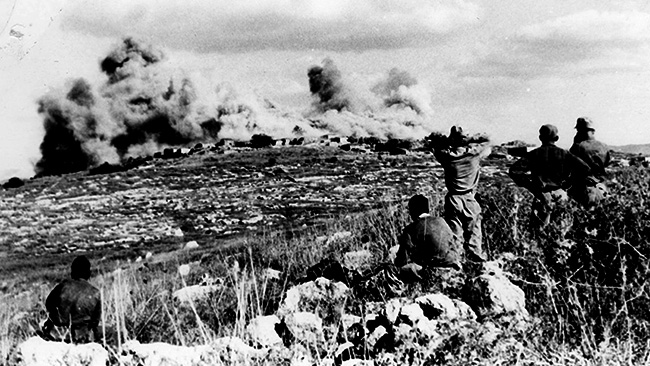 Ariella Aïsha Azoulay: “Salbit. The third soldier from the left puts his hands over his ears to muffle the sound of simultaneous explosions at a number of locations for which these Jewish soldiers and their peers are responsible. This apocalyptic scene of burning villages and earthshaking explosions is also visible to the Palestinian inhabitants of nearby villages. It complements the rumors soldiers whispered to some of their residents after the villages were captured but before the inhabitants were expelled, so that the Palestinians would leave on their own and the claim could be made that they had fled.” photo / Palmach Photographic Collection (Album of the Har’el Brigade, Fourth Battalion), probably April 1948