The engineering library is to be closed at Cornell, since virtually all library activity in the college is electronic (see Chronicle article here) [UPDATE 8/13/10: two additional libraries at Cornell being consolidated with the ILR library; see Chronicle article here]. The Fine Arts Library is being largely dismantled and moved to Cornell’s library annex, but only in preparation for its rebirth in Rand Hall, a puzzling decision that I criticized in more detail here.

With the need for great quantities of prime library space increasingly in doubt, Cornell’s bad decision to demolish Boardman Hall in 1958 — in order to build the much larger Olin graduate library on the Arts Quad — should now be seriously revisited. This is a unique opportunity to begin planning to heal the wound that was inflicted on the Quad, an opportunity that may never present itself again. 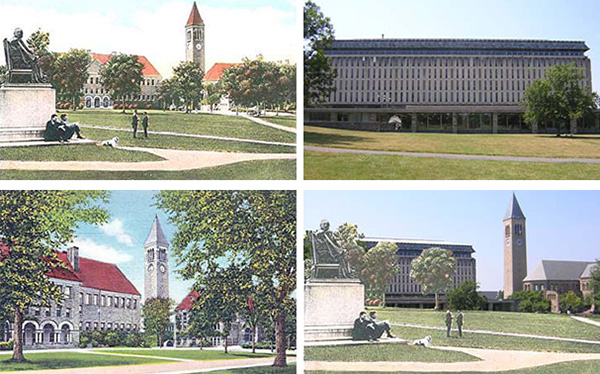 Cornell’s planning and architectural decisions after Word War II have largely been disastrous; in fact, the architectural beauty of the campus is almost entirely due to the pre-WW II infrastructure that remains in place. The Arts Quad, in particular, is one of the greatest such assemblages of buildings in America, and would become absolutely spectacular if its southern edge could once again be defined by Boardman Hall, designed by the same architect, William Henry Miller, who designed Uris Library. Miller was an early graduate of Cornell’s architecture program in the 1870s. 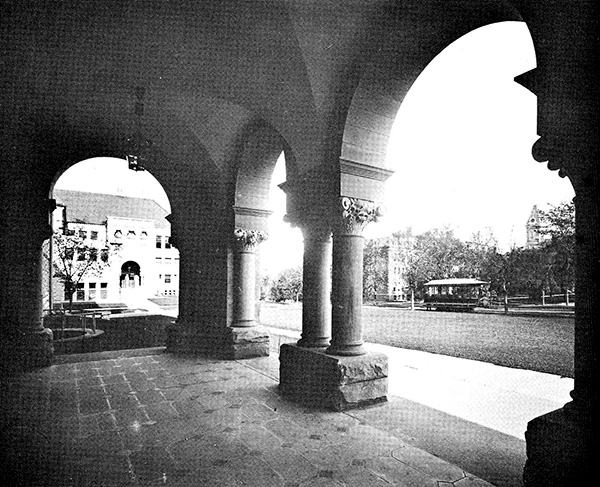 Preserving and enhancing Cornell’s historic buildings and districts has apparently not been a priority. The recent expansion of housing adjacent to the neo-Gothic West Campus dormitories (originally Baker Court, 1916) and beyond Balch Hall in North Campus (1927) has done to these campus quadrants what Olin Library has done to the Arts Quad. It would be a remarkable and unique decision to take advantage of the imminent reduction in library space needs by actually doing something important for the long-term future of the campus. 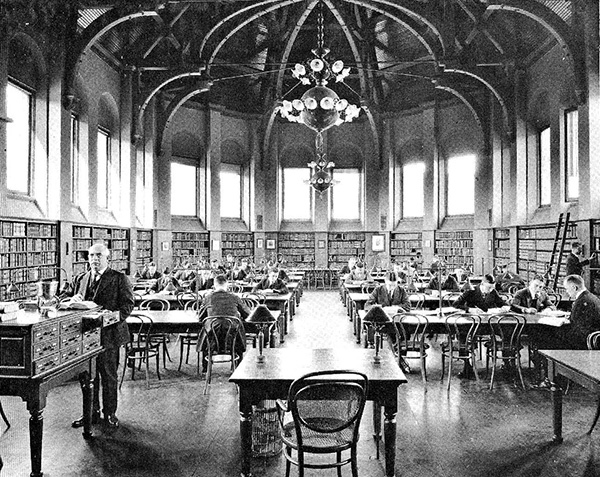 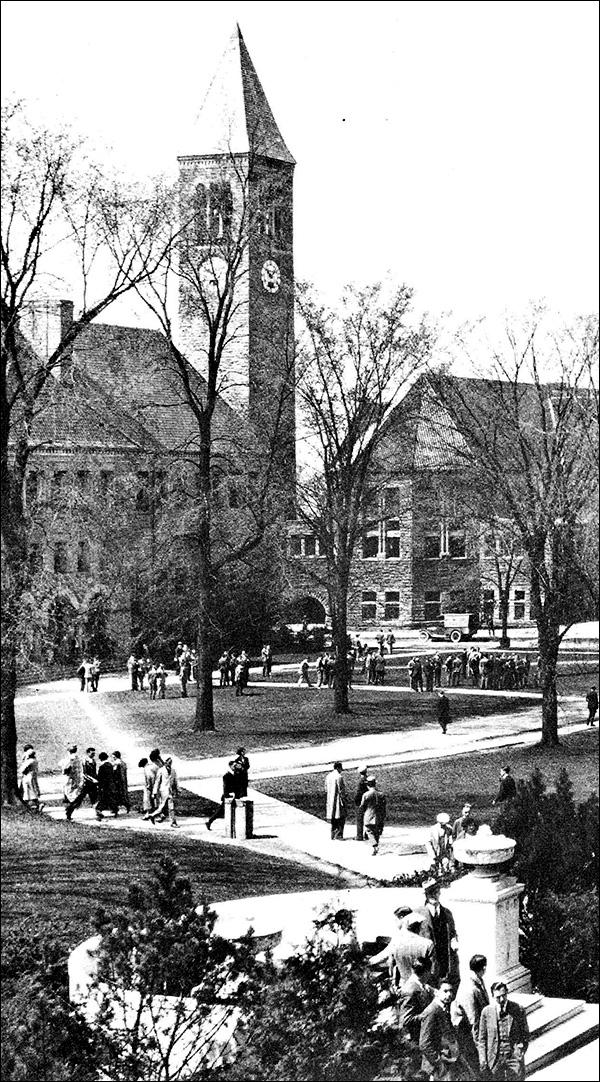 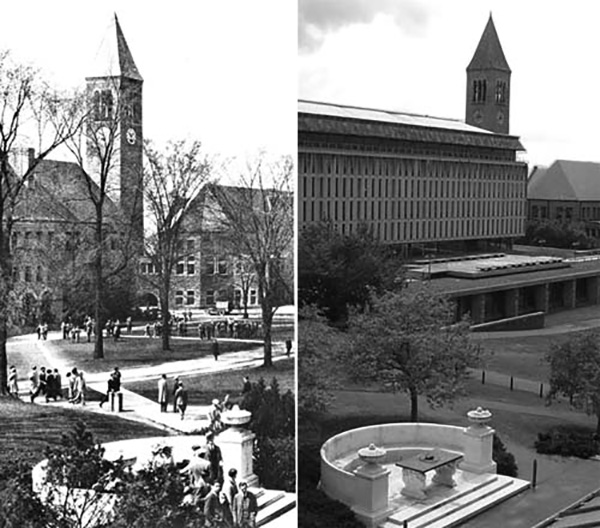