I got the idea for this song after being called upon to read the names of graduating students at Cornell’s architecture department commencement ceremony out on the Arts Quad May 29, 2011. The YouTube video is here. Remixed Sept. 1, 2019. By coincidence, an article about J.D. Salinger’s distaste for graduation ceremonies appeared in the NY Times on the same day that I uploaded the video. Salinger is quoted as saying: “I’ve been going to graduations, and there isn’t much that I find more pretentious or irksome than the sight of ‘faculty’ and graduates in their academic get-ups.” The Times reporter added that Salinger apparently needed all his self-control “not to gag.”

The video borrows short pieces of Bill Clinton’s honorary degree speech at the NYU commencement that was held at Yankee Stadium in 2011. However, the lyrics that I wrote about “spouting every known cliché” apply to all commencement speeches ever spoken, and are not directed specifically at Clinton’s abundant catalog of clichés, although — as they say — the shoe fits.

[updated 7/5/11] I just received this photo of the Cornell Architecture event which inspired the song: 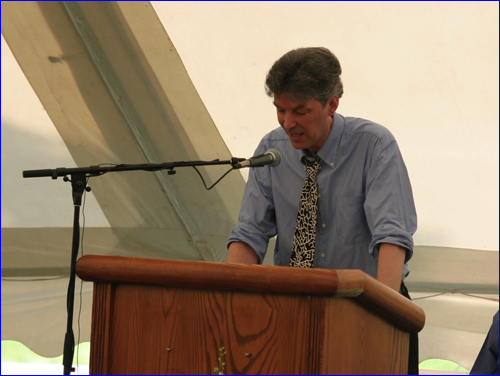