When Frank Gehry built an addition to his traditional house in Santa Monica, California in the 1970s, at least some of “Gehry’s neighbors were not happy at the unusual building being built in their neighborhood,” according to Wikipedia. Well, it turns out that not only Gehry, but the whole upscale neighborhood, is sitting on an earthquake fault that could do more damage to their homes than any mere symbol of deconstruction.

New draft maps of earthquake faults were just released for parts of California, and Gehry’s residence appears to sit right on top of one. I took the draft map from this LA Times article and superimposed it on a Google map showing the location of the Gehry residence. This is the result: 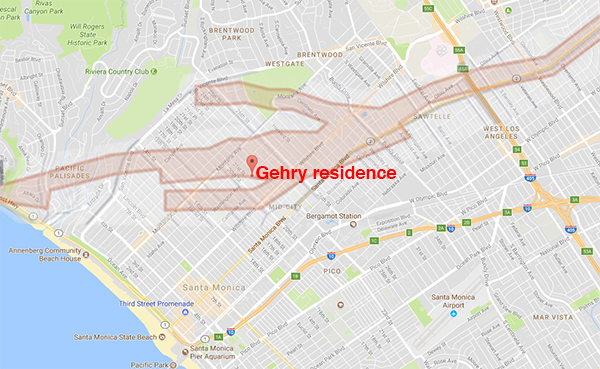