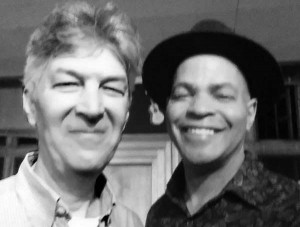 The two of us were in the same class at New Rochelle High School, but our paths never really intersected there. Guy is an amazing singer, songwriter, musician, and performer — something I was not entirely aware of until I saw him play yesterday. You should definitely check out his web site and buy one or more of his CDs. 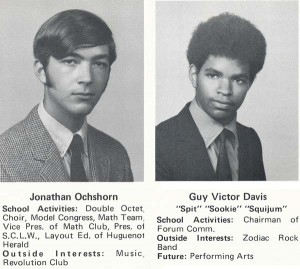 While we’re on this subject, it turns out that there were a number of other students from that same class from New Rochelle who went on to have professional careers as musicians. Amy Madden is a singer, songwriter, bassist, writer, and poet (recently inducted into the NYC Blues Hall of Fame). Andy Tuck “worked throughout the 70’s and 80’s as a professional jazz pianist and composer” (some of his amazing music can be heard here). 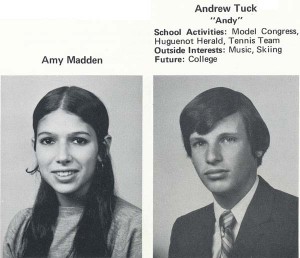 And then there were two other former friends who started out with me in the New Rochelle school system, but presumably finished their secondary education elsewhere: 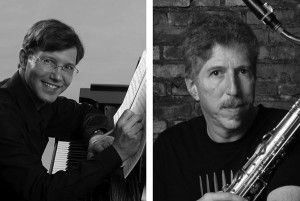 I met Rob Kapilow in Junior High School where he impressed me, not necessarily with his piano playing, but with his impassioned interest and advocacy for entering into relationships with 15-year-old girls. But that was then. From his current web site, we read: “Kapilow’s range of activities is astonishingly broad, including his What Makes It Great?® presentations (now for over fifteen seasons in New York and Boston), his family compositions and Family Musik® events, his “Citypieces”, and residencies with institutions as diverse as the National Gallery of Canada and Stanford University.”

Bob Mintzer actually went to elementary school with me. I remember a “den” in his house — at that time, having grown up living only in apartments, I had been to very few actual single-family houses, and I’m pretty sure this was my first experience with a real den. Such things can make a big impression on a ten- or eleven-year-old boy. Bob is now “a twenty year member of the Grammy award winning Yellowjackets who also leads a Grammy winning Big Band, travels with his own Quartet, and plays with numerous bands globally.”

Am I leaving anyone out?