I’ve written a piece called “What’s Wrong with Rand Hall’s East Stair Tower” that was originally intended as a photo supplement to my blog post on the Cornell University Fine Arts Library proposal’s “Site Narrative,” but got expanded a bit to include a short historical overview of the site. 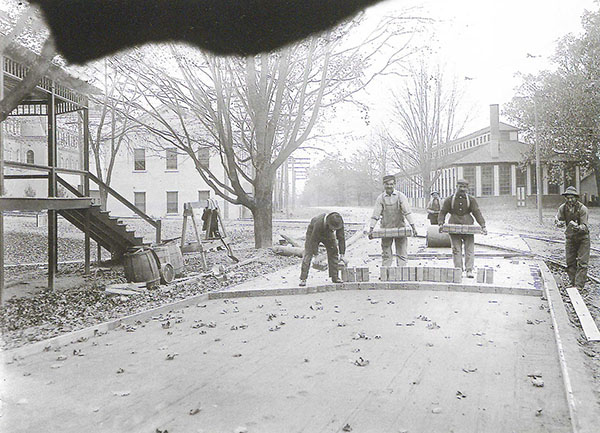 In this photo from 1909, taken about three years before Rand Hall was completed in 1912, one can see the types of informal and functional engineering structures built along University Avenue behind the stone Arts Quad buildings at Cornell University (image from Ithaca then & now by Merrill Hesch and Richard Pieper).